Home » Blog » What Are The Different Types of Crowdfunding?

What Are The Different Types of Crowdfunding? 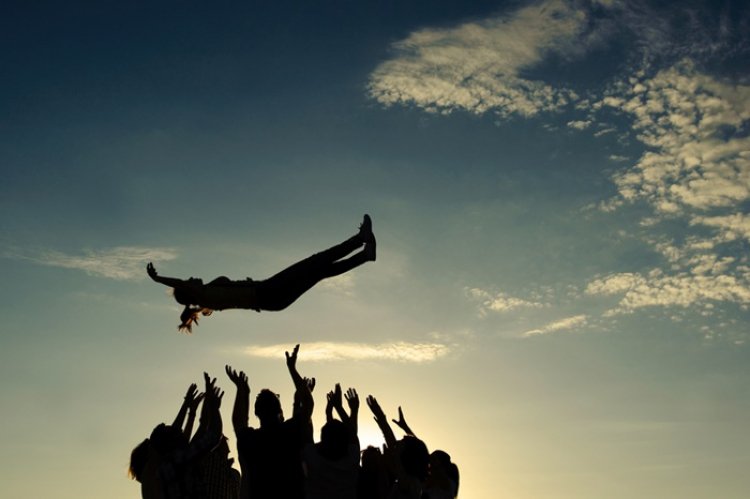 Many businesses, since inception, find a myriad of challenges along the way, from having the idea to launching a minimum viable product (MVP). However, one of the biggest challenges for any entrepreneur, and maybe also yours, comes with raising funds to back your startup. Most entrepreneurs look for banks, angel investors, or investment firms. However, one of the most exciting ways of getting funds is a method called crowdfunding. Here we will show you the intricacies and types of crowdfunding you can get.

We will also talk about and guide you through the most well-known and active company in crowdfunding, Kickstarter. So stay tuned! And we hope this article helps you on your entrepreneur journey.

Crowdfunding is an exciting concept, and it's considered an alternative form of finance. People have brilliant projects, but no funds to grow their ideas turn to people, or let's say crowds here, to help them achieve their goals.

Apart from getting the funds needed to build their projects, people get a sign of support to continue their dreams. If someone is willingly investing in something you have created would be a massive boost of confidence to keep going.

So, before you decided to kickstart your crowdfunding dreams, you need to know the ins and out.

The people donating the money are commonly known as backers, who know the risk of not getting any return. There are usually incentives for donations, receiving a reward, or a financial benefit. However, there is no real guarantee of a guaranteed rate of investment when using crowdfunding platforms.

So if you feel vibrant and have a good feeling about a project, go ahead but remember to be smart about it.

Crowdfunding existed before the age of the internet. Before crowdfunding platforms existed, other means like newspapers were used. Writers would advertise their book projects via subscription schemes. Once enough subscribers showed their eagerness to read the book, the writer would go ahead and publish it. Although writers used subscriptions instead of funds, the central concept is the same.

In 1885, Joseph Pulitzer used his newspaper as a crowdfunding platform, calling for donations for the pedestal that the Statue of Liberty stands on today. He managed to raise $102,000, which today would translate to $2.7 million.

After the dawn of the internet, the first known record online was in 1997. A British rock band used online donations to fund their reunion tour. It was a success. Soon after, inspired by the band's success, in 2000, Artistshare became the first crowdfunding platform. After that, platforms just kept on emerging.

The number of crowdfunding companies has been growing fast. A study from crowdsourcing.org reported that about $1.5 billion was raised from over 450 crowdfunding platforms in 2011.

In 2018 there were already about 2,000 crowdfunding platforms in the world.

If you’re trying to be a backer or a person with a project to change the world, choosing the right platform out of more than 2000 would be difficult. So before entering the world of crowdfunding, whether you’re a backer or an entrepreneur, you would want to know the ins and out.

The Four Types of Crowdfunding

Debt crowdfunding is very similar to a loan offered by a bank. Investors will receive interest on their investment. The debt funding option is attractive since the cost of borrowing is low compared to banks. It is especially easier for those businesses which have a track record of revenues.

Lendingclub is a well-known debt crowdfunding platform. It has raised more than $20 billion and offers business loans up to $300,000 for five years.

Unlike the financial benefit in debt crowdfunding, backers receive rewards in the form of gifts, samples, or in the case of events, free tickets. Projects that are usually of a creative background gravitate toward this type of crowdfunding. The plus side of this type is often a cheap way to get the donations needed.

The two most popular reward-based crowdfunding websites are Kickstarter and Indiegogo.

Businesses that have long-term goals, and focus on growth, go for such funding. Backers will receive shares or some other sort of equity in the business in return for their donation.

The best platform for equity-based crowdfunding would be Crowdfunder. Apart from giving you the option to choose your investors, it also has a powerful CRM tool that helps you keep track of your campaign.

Projects raising money for charities or other small projects for people in need depend on such funding. The donation crowdfunding method is purely donation-based with no financial or financial benefit for the backer.

Gofundme is one of the most popular donation crowdfunding sites.

Continuing with our theme of start-up sites and the mechanics behind them, let's discuss a start-up that built its entire platform on crowdfunding: a start-up starting start-ups, eh? How can you not succeed!

What I am talking about is the site Kickstarter. The platform allows for creative projects to get a chance at being fully funded and distributed by backers. Backers back the project – enough said.

Kickstarter launched in New York on April 28, 2009, by Perry Chen, Yancey Strickler, and Charles Adle. The company is considered one of the best is one of the most successful crowdfunding companies that exist. To illustrate that, here there are few statistics as of September 2020.

How did Kickstarter kickstart?

The seemingly altruistic idea for the start-up began in its launch in April of 2009 in NYC. The platform was created by Perry Chen, Yancey Strickler, and Charles Adler and got its own' explosive growth-hack via, coincidentally enough, backers! The company grew up on the cliché of New Yorkers banding together in a crisis / for a good cause. With its start in April 2009, the New York Times was already singing its praises as one of the best inventions of 2010. Kickstarter was successfully funded, in short.

Kickstarter classifies projects into "categories," "features," and "spotlight." It also allows enthusiasts to explore projects that might catch their interests — a Nice, simple setup that has seen booming success, not just for creators but for Kickstarter itself.

Plenty of start-ups use similar techniques of adapting an old idea into one with a new image, so it is no surprise here. Kickstarter has its rules:

Backers choose their amount; the money goes to the creator, with Kickstarter taking out a 5% charge for hosting. If the project is fully funded, then everyone is all set. The down-side is that Kickstarter does not claim authority when it comes to creators not honoring their promises, delivering their products, or on the product being a success.

Everyone is advised to use their best judgment when backing a project. Also, donations will be returned if the funding does not reach its goal in the allotted time. Despite the hands-off approach in that sense, Kickstarter has had a few projects canceled due to suspected fraudulence.

Kickstarter has dealt with lawsuits from companies complaining its creators to steal ideas or create products similar to their own. The site is still standing and maintains its dedication to open-source funding, so those lawsuits don't seem to have put a considerable dent in the driven community.

There are still some open spats, mind. Still, it is not the gambling of sorts that has lifted Kickstarter to success. Its decision to post statistics allowed for plenty of curious folks to get an idea of how they were chugging along.

Kickstarter, valued estimated at well over five hundred million dollars today, is an example of a simple idea that hit explosive growth and has become another success story. The platform had millions of dollars raised and had a good handful of successful projects. Some of its projects even won awards.

Kickstarter shows what a good idea can do, and the power people can place in a start-up.

As you read this article, someone is putting up their idea for funds which could be a million-dollar company tomorrow.

Here's a list of a few ideas that turned into million-dollar companies and one movie:

In today's world, technology is moving very fast, and innovation is growing more every day. Therefore, there is a need for innovation that could change regular day-to-day activities. Have you ever imagined opening the door remotely when you hear the doorbell from someone you are waiting for?

So if you have a million-dollar idea or a good investment acumen with money to spare, crowdfunding platforms are there to help you out.

In this article, you could learn a little bit more about what types of crowdfunding are available. Also, you could see more about the most well-known and powerful platform out there, the Kickstarter.

We also give you other platforms based on the different types of crowdfunding you're looking for: Debt, Rewards, Equity, or Donation.

1 thought on “What Are The Different Types of Crowdfunding?”