Home » Blog » What Companies Are In The Finance Field?

What Companies Are In The Finance Field? 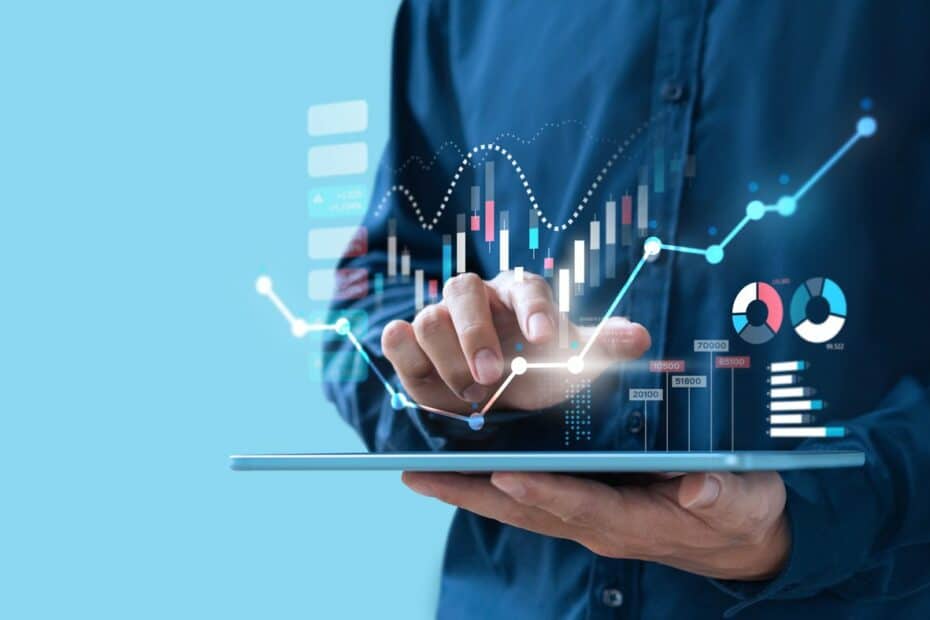 When it comes to providing hefty paychecks, the finance field takes the cake. In addition, a wide variety of jobs are available in the sector. It is fair to say it is an appealing field for youngsters to start a career in. And that’s why they often ask what companies are in the finance field.

The finance field in the United States has some of the most renowned companies. At the same time, there is a lot of diversity when it comes to companies in finance. Naturally, the jobs on offer are also varied in nature.

But in this article, we will list the top companies in the finance field. After all, when looking for a job, the company’s scale and reputation also play a key role in the job seeker’s decision.

So, are you all set to start a career in finance? Read on to find out what companies are in the finance field!

Top 10 Companies in the Finance Field

This is a name you must have heard, even if you have nothing to do with the finance sector. Bank of America is the second-largest bank in the USA and the eighth-largest worldwide. The company has its headquarters in Charlotte, North Carolina. Currently, it employs more than 200,000 people in various positions.

It is an investment bank and an organization that provides a wide range of financial services. In terms of revenue, Bank of America made $7.1 billion in net income in Q3 of 2022. This was an 8% growth from the previous year.

As you can see, things are always looking good for this finance company when it comes to growth. Bank of America employs people in the role of the teller, customer service roles, high-paying analyst roles, etc.

So, there is a job at the company for everyone from a highly-qualified professional to those starting with no such credentials. Also, the average salary at the Bank of America stands at $53 211 per annum.

Started in 1812 in New York City, Citigroup provides a range of financial services. These include commercial banking, financial advisory, trade solutions, etc. The company has its headquarters in New York City, New York, United States. Currently, the company employs around 223 400 people in a wide range of positions.

In the third quarter of 2022, Citigroup reported a net income of $3.5 billion on overall revenue of $18.5 billion. This was a $1.1 billion increase in revenue from the previous year's third quarter.

Naturally, the company has kept moving ahead in terms of growth. And that’s why they offer many high-paying jobs, some even touching the six-figure mark. The jobs at the company also offer a diverse range of roles, making it an obvious choice when you think about what companies are in the finance field.

The average salary for those working at Citigroup is a whopping $103,000. Some high-paying roles at the company even cross the $200,000 mark, but those are primarily executive roles.

In their own words, Morgan Stanley helps people, governments, and organizations raise and manage the funds they need to reach their objectives. They are among the world’s largest wealth-management franchises.

Morgan Stanley has their headquarters in New York City, New York, United States. And currently, the company has an employee count of more than 60,000 people. It goes without saying that they hire people in a wide variety of roles.

In terms of revenue, the company made $13.0 billion in the third quarter of 2022, which ended September 30. These numbers, even while facing the volatile market drop, tell a lot about the company’s resilience. Naturally, so many across the globe are thrilled by the prospect of working at this company.

There are jobs at the firm for IT Support technicians to highly-qualified Finance Managers. So, depending on your skills and qualification, you can pick a position to apply for and start working in one of the world’s biggest companies.

Now to one of the world’s largest and most well-renowned financial institutions. JPMorgan Chase is a multinational investment bank and financial services company that has its headquarters in New York City, New York, United States. As of now, the company employs approximately 271,000 people in a wide variety of roles.

In terms of revenue, the company made a massive $33.49 billion in the third quarter of 2022. This was a 10% jump, signaling positive signs for this mega company. Naturally, a career in finance at this company attracts so many from across the world because of these reasons.

And that’s why this name comes in the top five when someone asks what companies are in the finance field. In fact, the company pays its employees an average of $93,000 per year, with salaries starting at $56,000 and going way beyond the six-figure mark.

There are jobs in wealth management, accounting, and even in marketing at this company. So, pick a field based on your skills and build a lucrative career.

Founded in the year 1852, Wells Fargo is a Financial Services company that provides investment, banking, and mortgage products and services. The company is also into commercial and consumer finance. It has its headquarters in San Francisco, California, United States. Currently, they employ around 260,000 people.

In terms of revenue, the company made $19,505 in the third quarter of 2022, an increase from the Q3 2021 numbers. Also, these numbers keep going up all the time for Wells Fargo. After all, the company operates in more than 30 countries across the globe.

The average salary at Wells Fargo in the United States stands at $42,000 per annum. But this number can shoot through the roof and go beyond the six-figure mark. You only need the right qualifications and skills to land a lucrative job.

There are various jobs available at the company in accounting, marketing, data analysis, etc. Another reason this name is up at the top is when someone asks what companies are in the finance field.

READ ALSO  How to Find a New Job: 12 Must-Do Tips to Get Hired Fast

Capital One is a bank holding from the USA founded in 1994. It specializes in credit cards, automobile loans, savings accounts, banking, etc. The company has its headquarters in McLean, Virginia, United States. Currently, the company employs around 52,000 people in various roles across the spectrum.

In the third quarter of 2022, the company reported a net income of $1.7 billion from total revenue of $8.8 billion, which was a 7% increase from the previous year. These numbers say a lot about the levels of continuous growth the company has set.

The company also offers some of the best-paying jobs in the finance field. In fact, the average annual salary the company pays its employees stands at $61,566 per annum. So, if you get into this company, you’re sure to have a highly rewarding career in the finance industry.

Also, if you have the needed skills and experience, you can earn far beyond the salary mentioned here.

American Express is a multinational company that provides payment card services. They offer a range of credit options to organizations and individuals alike. In fact, American Express introduced the first credit card in the United States in 1958.

The company has its headquarters in New York City, New York, United States. And as of now, the company employs around 60,000 in a wide variety of roles across the country and abroad. It is one of the foremost names that come to mind when someone asks what companies are in the finance field.

In terms of revenue, the company made a whopping $50.75 billion in the year 2022. This further increased from $43.14 billion in revenue the year prior. Naturally, working at a company that is seeing such growth is an appealing prospect for millions worldwide.

This company also provides some of the highest-paying jobs in the finance industry. In fact, the average annual salary at American Express stands at $86,421.

So, you’re sure to find a well-paying job at this company along with the huge potential for career growth.

Goldman Sachs is a financial institution that works on a global level, delivering a range of financial services. These include real estate financing, global equity trading, etc. The company has its headquarters in New York City, New York City, United States. Currently, the company has an employee size of around 40,000 people.

In terms of revenue, Goldman Sachs made $11.98 billion in the third quarter of 2022. They reported net earnings of $3.07 billion in the same period. It is a finance company synonymous with big-money dealings and is one of the best in its field.

Naturally, they provide the highest-paying jobs in the field as well. In fact, the average salary at Goldman Sachs stands at a whopping $108,830 per annum. Even the entry-level salary at the company is around $68,000 every year.

One of the top insurance companies in the world, Liberty Mutual, was founded in the year 1912. They are the sixth-largest property and casualty insurers in the United States. The company has its headquarters in Boston, Massachusetts, United States. Currently, the company employs around 45,000 people in 29 countries.

In terms of revenue, the company made $12,740 in the third quarter of 2022. Over the last few decades, the company has been on the path to growth. That’s why it is one of the first names when asked what companies are in the finance field.

The company also offers some of the best-paying jobs in finance. In fact, the average annual salary at Liberty Mutual is around $56,000. The entry-level salary at the company is also impressive at $32,000 per year.

The company offers jobs such as insurance underwriter, claims adjuster, financial analyst, etc. As you can see, a wide variety of jobs are available for you to choose from according to your skills and qualifications.

MetLife has been considered among America's top insurance and investment companies for over a century. They offer auto insurance, retirement plans, health insurance, and other savings products.

The company has its headquarters in New York City, New York, United States. Currently, the company has an employee size of around 50,000 people in diverse roles. After all, the company operates in over 40 countries across the globe.

The company offers some of the best-paying jobs in the finance sector. The average annual salary at MetLife in the USA stands at $52,477. The salary for entry-level jobs at the company starts at $28,000.

The company offers jobs in customer service, legal services, adjuster roles, etc. In a nutshell, you’ll find a slew of opportunities at MetLife if you have the skills and qualifications needed.

No matter the industry, most people want to work in the most prominent companies. There are several reasons for that as well. There’s the prospect of a hefty salary. Also, big companies provide good job security. And these were some of the names when someone asked what companies are in the finance field.

So, do you think you have what it takes to get into one of these mega-corporations? If you do, now’s the time to update your resume and write an articulate cover letter.

We hope you found this article helpful.

Also, we wish you happy job hunting! Hope you end up in one of the top companies we have on our list.

previousAttraction Marketing: The Full Guide
nextWhat Is A Marketing Consultant? All You Need To Know 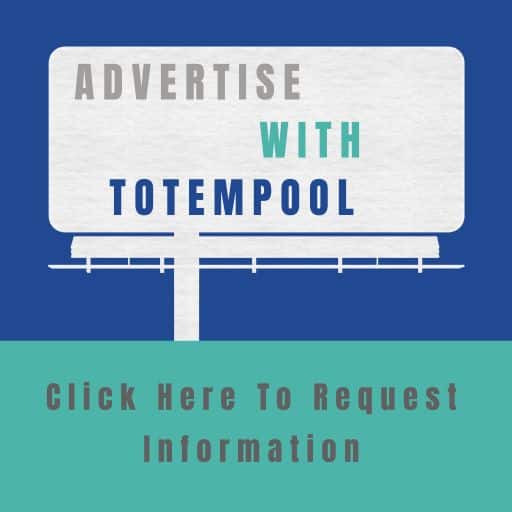