What Is Ambush Marketing? Pro, Cons, Types – The Ultimate Guide 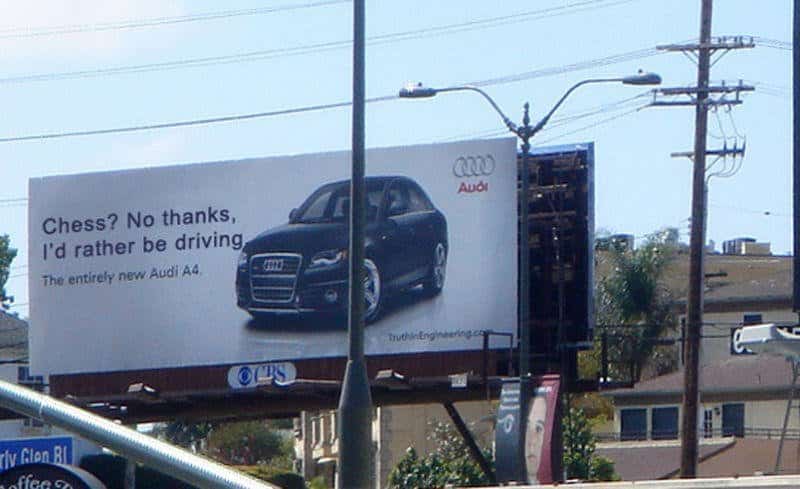 There seems to be no escape from advertising in the world today. From Youtube to Facebook to Spotify, they are everywhere. Recently, Netflix announced moving to ad-supported plans to increase its user base. So, here’s the big question — How do brands grab the customer's attention in an era where ads constantly bombard everyone? This piece will look at a technique known as ambush marketing.

What Is Ambush Marketing?

Literally speaking, an ambush is a surprise attack. Also, someone who lies in hiding waits for an opportune moment to carry out this attack.

Ambush marketing is a marketing tactic that brands use to draw the spotlight onto themselves. To succeed, a brand needs to capitalize on the time, energy, effort, and resources of competitor brands.

The definition of ambush marketing has evolved over time. Initially, the phenomenon took place only during significant events. Brands have tried to associate themselves with different events or teams without actually purchasing the rights.

However, ambush marketing has now expanded to include advertisements. Brands that are not direct competitors can also hijack trending advertising. As a result, brand wars are now commonplace.

What Are the Types of Ambush Marketing?

Broadly speaking, there are two types of ambush marketing activities – Direct and Indirect. We will look at both these types in detail in this article section.

Companies sometimes intentionally associate themselves with events where they do not have official sponsorship rights. Also, it can cleverly use a competitor’s advertisements to become the center of attention. This is the phenomenon of direct ambush marketing.

Sports events are no stranger to this tactic. This occurs when a company directly attacks a rival’s sponsorship or advertising efforts. As a result, the audience gets confused about who is the actual sponsor of an event.

In the 1994 Winter Olympics, the credit card company Visa had official sponsorship rights. However, American Express began its marketing campaign with the cheeky tagline – “If you are traveling to Spain, Italy, or Norway, you’ll need a passport. But you don’t need a Visa.”

The loose back flap of a coat that hangs below the waist is known as a coattail. Coattail ambushing is an attempt to gain more spotlight than a brand sponsoring a particular event. To achieve this, competitor brands usually sponsor a star player at a sporting event.

When the British star sprinter Lindford Christie was wearing glasses with the logo and monogram of PUMA at a press conference at the Atlanta Games of 1996, it garnered a lot of attention. This was because Reebok was the official sponsor of the games.

When the logos and taglines of brands are deliberately misused to create confusion among the audience, also, it takes away from the honest communication efforts of its competitor. An example of this is that the Red Cross logo represents hospitals everywhere.

READ ALSO  What Is Customer Equity? Why It’s A Key Metric For Business Success?

There are multiple sponsorship agreements with different companies for different tasks in a significant event or sporting tournament. However, if one company commits a breach of contract and performs activities above and beyond its contractual obligations, these generally include activities that other sponsors were supposed to perform.

An example of self-ambush marketing: In UEFA 2008, Carlsberg, the tournament's official sponsor, started distributing headbands and T-shirts with the Carlsberg logo. And some other company was supposed to do this.

This type of ambush marketing occurs when a company indirectly attaches itself to another parent's marketing campaign. A firm creates an illusion using similar images or themes to do it.

Also, it might set up a booth or a stall near the event. This is done to gain more eyeballs for their brand and products. However, there is no attempt to steal the spotlight from the competition or attack it.

Here the company starts associating itself indirectly with a parent advertising campaign. Also, the firm uses unique slogans and images. Intellectual Property Rights protect these symbols and slogans. And the organization manages to create the illusion that they are connected to a significant event.

An example of this type of ambush marketing is setting up promotional stalls near an event. These stalls will not have any direct connection with that event. Here the company causes a distraction among the public and confuses them about the source of the campaign.

Here, the companies use the same theme and values as the sponsor of an event. In this way, they try to trick people into believing that they are the same company. However, this is not the case.

This happens when a firm creates hype around itself rather than the main sponsor. They go ahead and execute a promotional campaign like a flash mob to do this. Thus, the idea is to deflect the attention of the main sponsor and the event itself in some cases.

This type of ambush occurs when one company schedules an event similar to another marquee event that is currently underway. A brand gets a lot of exposure, and this causes the main event to lose some of its audience.

What Are Some Examples Of Ambush Marketing?

There have been some famous ambush marketing examples over the decades. Here we are going to look at a few of them. Also, this big event could be something that is coming up shortly.

Well-known luxury brands also indulge in ambush marketing. Yes, this certainly was the case with car makers Audi and BMW. This rivalry is famously known as the ‘Battle of the Billboards.’

It all started when BMW hosted a rally in Wisconsin. And the slogan for the promotional campaign was – “A BMW rally with two nearby service centers. What’s next, paramedics at a chess tournament?”

Audi then brought a billboard in Santa Monica talking about its newly launched A4 sedan. This also allowed them to make fun of BMW’s slogan.

Audi then followed this up with another cleverly worded billboard.

And this was BMW’s response

READ ALSO  What is Field Marketing And How to Plan Successful Campaigns?

Interestingly, however, the banter between the brands did not end there. Audi responded to BMW’s checkmate ad with yet another chess pun. And then BMW ended it all with a blimp tethered to that billboard.

Another interesting ambush marketing example came with the competition between Apple and Samsung. In the year 2011, Apple fans were eagerly waiting for the release of the iPhone4S. So, Samsung decided to play spoilsport. It set up a pop-up store near Apple’s famous storefront in Sydney.

Also, it proceeded to sell its flagship device, the Samsung Galaxy SII, for a mere 2 AUD. This was nothing compared to the iPhone’s price of AUD 850. And in the end, Samsung’s pop-up store attracted more customers despite just being open for three days!

This is one of the many chapters of a famous saga between the two soft drink giants. Coca-Cola had become the official marketing partner for FIFA for the World Cup. They had exclusive rights to marketing, branding, and activation in all FIFA World Cup efforts.

However, in 2014, Pepsi upstaged the efforts of Coke. They signed 19-star players for their ‘Live for Now’ campaign to do this. The players who were a part of this campaign included Lionel Messi of Argentina and David Luiz of Brazil.

Now, it seemed that Pepsi was associated with the World Cup, which affected Coca-Cola.

DHL Vs. The Rest

DHL is one of the leading companies in the logistics industry. However, they are also not far behind in creative marketing campaigns. They made their competitors such as UPS, TNT, and DPD advertise for them most epically. DHL had their competition deliver boxes that said ‘DHL is better.’ To know more about how they achieved this, watch this video.

Why Do Brands Use Ambush Marketing?

Brands use ambush marketing with one aim in mind. And that is to use the popularity of an event to their benefit without getting into the contractual obligations of a sponsorship contract. Ambush marketing presents brands with an opportunity to do precisely that.

Yes, we have mentioned this in the article before. But this one feature of ambush marketing stands out. Ambush marketing must leverage a rival firm's existing ads or sponsorship efforts. This means it has to be clever.

In our humble opinion, ambush marketing is like a great magic trick described in the movie ‘The Prestige.’ Similarly, it has three parts – ‘The Pledge,’ where the ad or marketing effort seems ordinary. The next part is ‘The Turn,’ where the ordinary becomes something extraordinary. The third and final part is also the hardest, where one has to tie everything back to the competitor, ‘The Prestige.’

READ ALSO  What Is Marketing Myopia? The Full Guide.

Ambush marketing campaigns can be off-script.

The success of ambush marketing lies in its creativity. So, it means that brands have much more leeway when it comes to themes, tonality, symbols, and punchlines. They can think beyond the constraints of ‘brand guidelines.’

Another way ambush marketing can help companies is to help consumers attribute a new identity or a different set of values that they may not normally associate with the brand.

Despite all its positives, there are a few downsides to ambush marketing. Let us see us examine them in detail here.

Although ambush marketing techniques can help a brand get the much-desired publicity, it is an expensive exercise; for instance, in the Audi Vs. BMW example above, there were four billboards in Santa Monica, along with that blimp in the end. That is a lot of expenditure and might seem like a vanity spend for some.

Also, ambush campaigns happen at global sporting events, putting them out of reach of the small brands.

It is difficult to determine the ROI.

You cannot use the same calculations as you would in a typical marketing campaign. So, you assign multiple values to different factors such as brand awareness, customer response, customer sentiment, etc.

Also, it is essential to check social media feeds to see how the public is reacting to your campaign and whether it has broken the internet.

Speed and timing are of the essence in an ambush marketing campaign. This means that these campaigns require enthusiasm and planning. The people and the stores in the surrounding areas also have a massive role in the success of your campaign.

One must ensure the availability of advertising real estate before embarking on an ambush marketing campaign.

How To Prevent Ambush Marketing?

Although it’s really hard to avoid surprising ambush marketing, here are a few tips to help you prevent it:

Ambush marketing is worthwhile if carried out correctly. It will help make your brand memorable to people. However, there are a few things to bear in mind. These will help avoid legal tangles.

When ambushing a significant event, firms must remember not to use actual logos and taglines. Also, they must not use terms such as sponsor or partner. Lastly, they must not give out tickets or merchandise connected to an event.

Overall, ambush marketing is a great albeit slightly risky idea with significant returns in terms of brand recall.

10 Best Digital Marketing Courses To Stay Ahead In The Digital Era
Top Social Media Sites For Business
What Is A Marketing Brief? How To Create One And What To Include
Pragmatic Marketing Framework: The Full Guide

3 thoughts on “What Is Ambush Marketing? Pro, Cons, Types – The Ultimate Guide”